Students Symposium with the main topic: “Environmental awareness as a universal European Value” is financially supported by the Visegrad Fund – link. This symposium was  organized in frame of the International May Conference on Strategic Management – IMKSM2016 (28-30 May 2016). The project is listed with the following classification number 11540386. 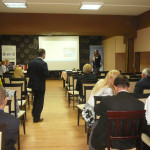 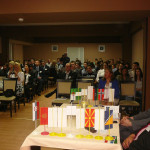 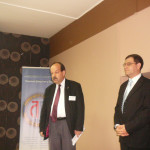 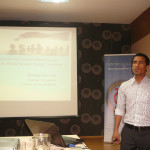 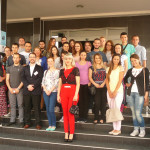 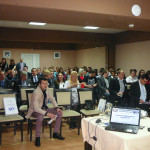 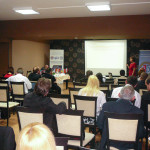 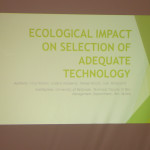 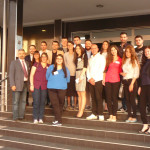 Considering that most of the environmental problems are regional or global, it is required to join actions of all interested countries in order to preserve the concept of sustainability. The theme that was specially elaborated in documents about environmental protection of the European Union is the enlargement of the EU. In the process of joining the EU, candidate countries, among which is Serbia, will have to synchronize their environmental standards with European, but also achieve sustainability by increasing environmental awareness, which is foreseen the current Action Plan for the Protection of the Environment –  7th Environmental Action Programme 2010 -2014 (ec.europa.eu). That would be very helpful for Serbia in order to adopt experience and knowledge of V4 countries which are EU member states. 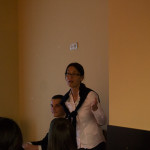 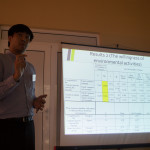 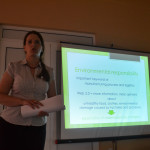 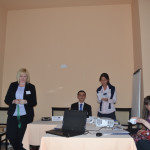 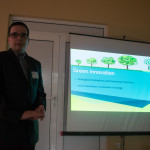 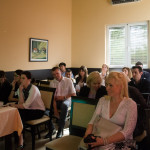 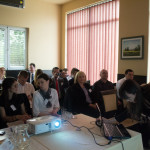 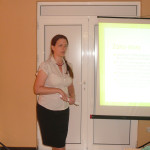 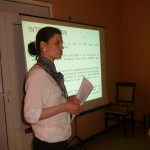 Within the project, joint research of all partner institutions was carried out, which was based on the surveys to collect students opinion on „Environmental awareness“. The original questionnaire for the survey was obtained from the literature (E. L. de la Vega, 2004) and than adopted by all participant institution to be used in our research environment. Students from all partner institutions were included in the survey. Online tool is available here: https://docs.google.com/forms/d/1t1LSSuco8Yp7abvENqBJK9o_cX-Zhqnknw8PbnIIHDs/viewform?c=0&w=1

After collecting 430 response and processing the results of the survey, a comparative analysis of the conclusions, with a view to defining similarities and differences of environmental awareness of young people from participating countries, was done.

Final results of the analysis was  presented during the Students Symposium on 28-30 of May 2016 in Bor (Serbia). Organization of international student symposium on this subject, was planned and facilitated where students had a chance to present their scientific papers from environmental issues and meet their colleagues, and the general public, with the existing practice of application of ecological principles in their countries. The study and the reports of all participants will be summarized in the monograph that will be useful as practicum for easy practical and effective implementation of EU legislation on environmental protection in all partner countries. Also, the results will help to indicate the best way of raising environmental awareness among youth, thus ensuring the most perspective environmental future of Europe. 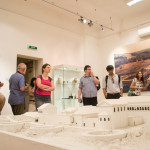 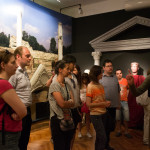 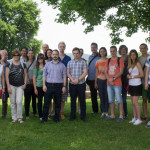 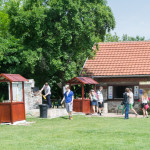 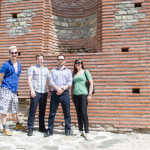 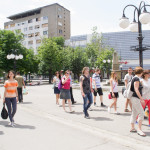 Partners: Official V4 partners that participated in the research and will participate in the event on 28-30 of May, are:

4. University of ss. Cyril and Methodius in Trnava, Faculty of Mass Media of UCM – Slovakia: http://www.ucm.sk

5. The Managers of Quality and Production Association  – Poland; webpage of the partner institution: http://qpij.pl

Planned Events of the Project:

March 2016, Participants of the project finalized the framework of the joint research and the questionnaire was developed to be used for assessing the environmental awareness of young people, among which the students of all partner Universities on the project. The final version of the questionnaire is presented here:ENVIRONMENTAL SURVEY .

In frame of this activity, representatives of each partner institution had collaborated to develop the final version of the survey tool. Also, during the March 2016 the initial online meeting was  organized to discuss the next steps in the research. This was done using the online virtual meeting on Skype (https://join.skype.com/rIbaVNM1svjg).

During initial meeting, the final online platform was developed for surveying the young population with the questionnaire. The link to this online survey tool is available here: https://docs.google.com/forms/d/1t1LSSuco8Yp7abvENqBJK9o_cX-Zhqnknw8PbnIIHDs/viewform?c=0&w=1&usp=mail_form_link

March – April 2016, In this period of time, all partner institutions promoted the online questionnaire to their students. It was expected that all institutions will attract at list 50 respondents. Actually, larger number of responses was collected: 430 in total. The results of survey are collected in the central data base.

April – May 2016, results of the survey was  processed and analysed using the linear and nonlinear statistical data analysis. This enabled obtaining the level of awareness of the young population on environmental issues. Also, comparative analysis was done for different countries included in the project. Obtained results gave the directions for further development of the actions on the research of the topic. This activity was  completed on 15th of May 2016.

28-30 May 2016, International Students Conference was  organized. This conference was organized in the frame of the International Students Symposium of  Strategic Management (http://mksm.sjm06.com/). It was expected that at this event up to 2 professors and up to 4 students will participate, from all project partners institution. There was  a special section of the conference, where all participants of the project  presented their reports on the environmental awareness level in their countries/regions. This reports will be published in the official book of proceedings of the IMKSM2016 and in the official Monograph of the project. The deadline for the abstract submission was 10th of May 2016. The template for the manuscript preparation is available here: IMKSM16 template. Also, there was a workshop for the students where some practical environmental case studies have been introduced and elaborated, on the issue of Environment protection and CSR. The program of the conference is available here. Book of abstracts of the conference is available Zbornik abstrakta_IMKSM16. The conference and the V4 project, were announced on all social networks and on Regional TV  Bor: http://rtvbor.rs/video-m/player/gosti-budilice/budilica-gostovanje-prof-dr-ivan-mihajlovi%C4%87-,-28-maj-2016-rtv-bor